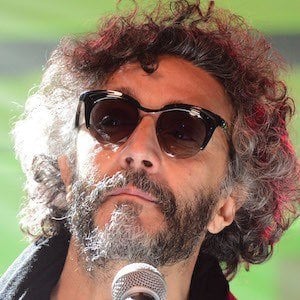 Argentinian singer and songwriter known as much for his commercial success as the political tone of his music, which often looks at poverty and exploitation.

He formed his first band when he was 13 years old but didn't achieve major commercial success until 1992.

He's also been active in the film industry, acting, directing, and having in his music featured in movies like Vidas Privadas, Martín (hache), and Sur.

His nickname is derived from his real name, Rodolfo, which was also his father's name. People called him Rodolfito growing up, and he adopted Fito as his stage name.

Fito Páez Is A Member Of