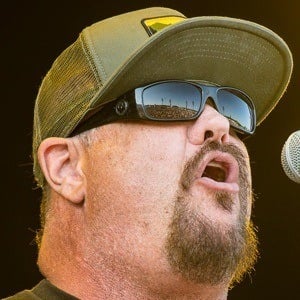 Musician who rose to fame as the guitarist for the punk rock band Pennywise. The band gained popularity in 1991 after releasing their debut album entitled Pennywise. They have since released over ten studio albums.

The band formed in 1988 in Hermosa Beach, California.

He has appeared in several music documentaries including 2007's Punk's Not Dead.

His younger brother Kristian passed away in 2009.

He was one of the founding members of the band Pennywise alongside Jim Lindberg.

Fletcher Dragge Is A Member Of