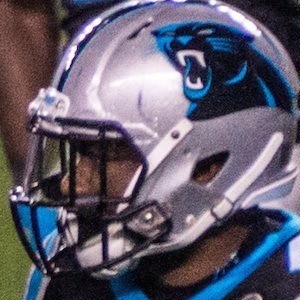 Professional running back and kickoff returner who joined the Carolina Panthers in 2014. He previously played for the Arizona Cardinals, San Diego Chargers, and Cleveland Browns.

He graduated from the University of Texas with a degree in corporate communication. It was there he began his college football career.

Extremely popular on social media, he has accumulated more than 60,000 followers just through Instagram.

He was born Foswhitt Jer'ald Whittaker in Houston, Texas, and later settled in Austin.

He played alongside fellow Carolina Panthers players Cam Newton and Derek Anderson in the Super Bowl 50.

Fozzy Whittaker Is A Member Of