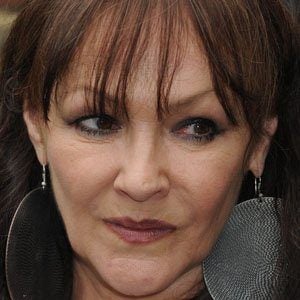 After being nominated for the prestigious Olivier Award for her role as Marguerite in a mid-1980s English stage production of Camille, she went on to perform in a 2001 production of the Pet Shop Boys' musical Closer to Heaven and in a Royal Shakespeare Company production of Anton Chekhov's famous play The Seagull.

Early in her career, she acted in theatrical productions of Ooh La La (at the Hull Truck Theatre), Space Ache (at the Tricycle Theatre), and Othello (at the Oxford Playhouse).

She appeared in two 2011 episodes of Doctor Who.

She grew up in Wolverhampton, England and later studied at Bangor University in Wales.

She acted with her close friend Sir Ian McKellen in several theatrical productions, including the Old Vic theatre's Aladdin and a Trevor Nunn-directed production of Shakespeare's King Lear.

Frances Barber Is A Member Of