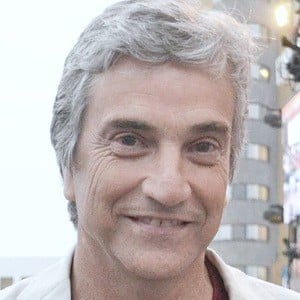 Chilean TV, theatre and film actor who's known for playing Orlando Onetto Partier in the Oscar-winning film A Fantastic Woman. He also appeared in Prófugos, Neruda, and The Club.

He made his acting debut as Miguel Fernández in the TV series Santa Teresa de Los Andes in 1989.

He has five children, Simon, Rocío, Elisa, Angel, and Ismael, with Carmen Romero.

Francisco Reyes Is A Member Of