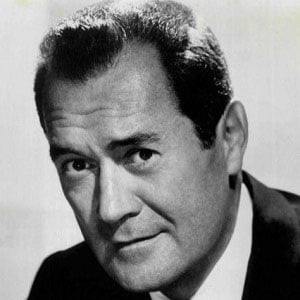 Perhaps most famous for his role as Gilbert Bowen in the 1953 film noir production The Hitch-Hiker, he is also remembered for his portrayal of Randy Stone in the 1950 to 1952 NBC radio drama Night Beat.

Early in his career, he contributed to the 1930s radio series Gang Busters and voiced the character of Sam Foster on the radio soap opera This Day Is Ours.

His war film roles include Pete Bell in Breakthrough (1950) and Sergeant Mingo in Home of the Brave (1949).

Born in New York City to Nora and Frank Lovejoy, Sr., he spent the bulk of his childhood in New Jersey. Following a brief marriage to Frances Williams, he raised two children with his second wife and frequent artistic collaborator, Joan Banks.

He co-starred with Joan Crawford in the 1951 movie Goodbye, My Fancy.

Frank Lovejoy Is A Member Of