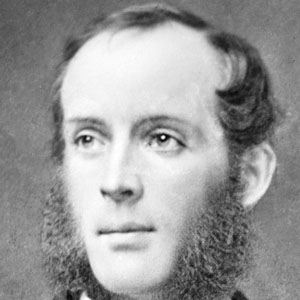 Remembered as a second-generation member of a 19th-century artistic movement known as the Hudson River School, Church is famous for landscape paintings such as Aurora Borealis, El Rio de Luz, and Heart of the Andes.

At the beginning of his artistic career, he trained under British-born landscape painter Thomas Cole and eventually became the National Academy of Design's youngest member.

His early work focuses on nature scenes set in the Northeastern United States. Following trips to South America and the Middle East, however, he began painting more exotic landscapes.

He grew up in Hartford, Connecticut as the child of wealthy silversmith Joseph Church and Eliza Janes Church. His marriage to Isabel Carnes resulted in four surviving children, including a son named Frederic Joseph.

He and Asher Brown Durand were both Hudson River School painters.

Frederic Edwin Church Is A Member Of