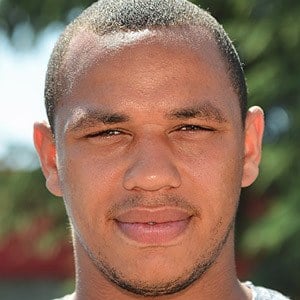 Rugby union centre who has risen to fame for his club career, including for Stade Toulousain between 2013-2018. He helped lead the club to the quarterfinals of the Heineken Cup in 2013, and made his international debut for France.

He played his youth rugby career in Toulon's youth academy between 2009-2012.

He scored his first try in international competition for France during the 2013 summer New Zealand tour. He later signed with Stade Français in 2018.

His family is of Senegalese descent.

Gaël Fickou Is A Member Of