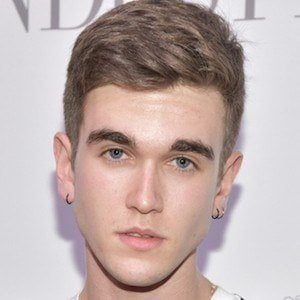 Singer and actor known for being the son of Daniel Day-Lewis and Isabelle Adjani. He released his debut EP, Every Scar Is A Healing Place, in 2015.

He started playing music when he was nine, but first became known for the video for the rap song "Green Auras," which gained the wrong sort of attention.

He went to Berklee College of Music and speaks French.

He has three half-siblings and is of Irish, French, German, and Algerian descent.

He and Brooklyn Beckham both appeared in a 2016 Burberry Menswear show in London.

Gabriel Day-Lewis Is A Member Of