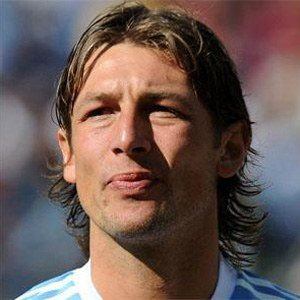 Journeyman defender who played all over Europe and earned more than 70 caps with Argentina's national team from 2003 to 2010.

He joined Newell's Old Boys in 1996, and after establishing himself as a solid backfield presence, joined Real Valladolid in Spain.

He won the Premier League title in 2006-07 for Manchester United, and the following year he helped Real Madrid win the La Liga title.

He was born in Crespo, in the province of Entre Rios.

Daniel Passarella was another prominent defender who played for Argentina's national team.

Gabriel Heinze Is A Member Of