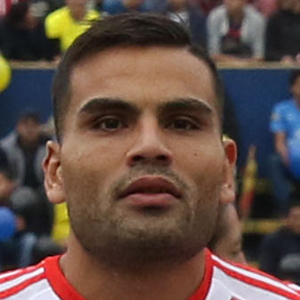 Argentine professional football player who is best known for his work with the Spanish club Sevilla FC. He is known for playing as both a right back and a central defender.

He first began his youth career playing for Racing Club. In February of 2007 he made his professional debut for Racing Club. After a successful run with the team, he moved over to Estudiantes LP. In 2010, he became part of the Argentina national team.

He has won several awards and honors for his playing including the FIFA Under 20 World Cup in 2007 playing for Argentina.

He was born and raised in Puerto Madryn, Argentina.

Other players on the Argentina national team include Paulo Dybala, Sergio Aguero, and Esteban Cambiasso.

Gabriel Mercado Is A Member Of