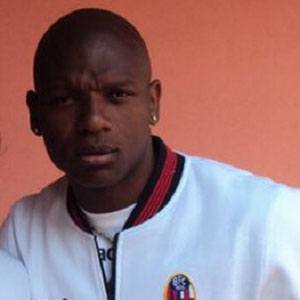 Belgian soccer player who has played the position of defensive midfielder for Italy's Seria A, Internazionale.

He moved to Belgium at a young age, and started playing soccer at the Union Saint-Gilloise club.

He was sold to team Bologna in 2008 for 7 million dollars.

His family is from Kinshasa, Zaire.

He is a famous soccer player like Blaise Kufo.

Gaby Mudingayi Is A Member Of