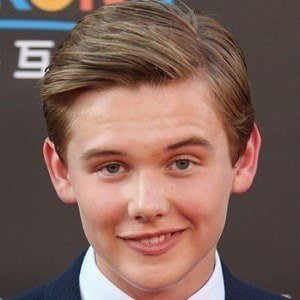 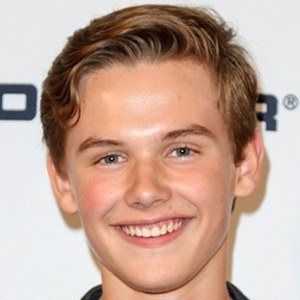 Actor who was cast in the 2016 film Independence Day: Resurgence. He is also known for his role as Stet in the 2014 film Boychoir, alongside Josh Lucas and Dustin Hoffman.

In 2013, he enrolled in the International Modeling & Talent Association, where he won the award for Pre-Teen Male Model of the Year. Shortly following this, he moved to Los Angeles to pursue his acting career full-time.

His sister, Mackenzie, plays his half-sister in the film Boychoir. His father Rooter also played alongside him in that film as a priest.

He was born and raised in College Station, Texas. He moved with his sister, Mackenzie, and brother, Mason, to Los Angeles.

He was cast to star alongside Liam Hemsworth and Jeff Goldblum in Independence Day: Resurgence.

Garrett Wareing Is A Member Of