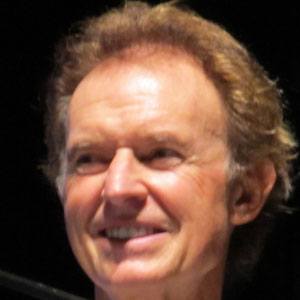 Though he is most famous for his hit 1970s singles "Love is Alive" and "Dream Weaver," this American-born rock vocalist, songwriter, and keyboardist is also notable for his work with the British rock band Spooky Tooth.

As a child, he performed in the Broadway production of Fanny. He went on to study both psychology and medicine at the College of William & Mary, New York University, and the Free University of Berlin.

Two decades after its initial release, his song "Dream Weaver" was featured in the blockbuster film Wayne's World.

He grew up in Cresskill, New Jersey, and later lived in England and California. He was married twice -- to Christina "Tina" Wright and Rose Wright -- and fathered sons named Justin and Dorian.

He collaborated with former Beatle George Harrison on several of Harrison's solo ventures, including the 1970 album All Things Must Pass.

Gary Wright Is A Member Of