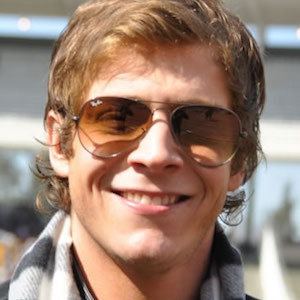 Soap opera actor and pop singer, he is best known for his role as Ramiro Ordonez in the Argentinian soap opera Casi Angeles and as a member of the pop group Teen Angels that was formed by cast members from the Casi Angeles series.

He learned to play guitar at a young age. In school he played tennis and soccer and also swam competitively.

He moved to New York City in 2012 to pursue a career in the United States. He has a green card and makes documentaries and writes music, but has said in interviews that he misses acting.

He was born in the neighborhood Coronel Suárez in Buenos Aires. He has two older brothers. His idol and favorite singer was Argentinian rock star Charly Garcia.

Gaston Dalmau Is A Member Of