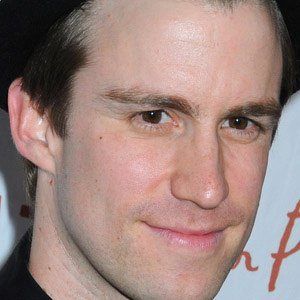 Tony Award-winning actor known for his roles as Jimmy in the original production of Thoroughly Modern Millie and as Cornelius Hackl in the Broadway revival of Hello, Dolly! He also starred as Elder Price in the first U.S. tour and the first London cast of the Tony Award-winning musical The Book of Mormon.

He received his BFA in musical theatre from the University of Michigan in 1998, and was a member of the Findlay First Edition Show Choir.

He was born in Findlay, Ohio. As an openly gay man, he co-founded Broadway Impact, an organization that supports equality and the LGBT community.

He played the role of Bill in the TV film Eloise at the Plaza with Julie Andrews.

Gavin Creel Is A Member Of