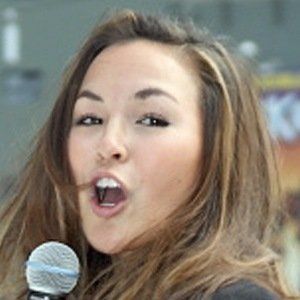 Thai-born Australian actress who debuted in the 2009 film Crush. She then became more widely known as Jade Mitchell in the long-running series Neighbours.

She studied at the Western Australian Academy of Performing Arts. While there, she competed in numerous Shakespeare competitions.

A fashion aficionado, she started a fashion and travel blog called Gemma Peanut Galler in 2013. She later launched an online photography course in 2016.

Her father is Thai and her mother is English. When she was twelve, her family moved to Australia. She and actor Jai Courtney dated from 2006 to 2013. She married childhood friend Matthew Rooney in 2015.

In 2014's The Ever After, she acted alongside Teresa Palmer, Phoebe Tonkin, and Rosario Dawson.

Gemma Pranita Is A Member Of