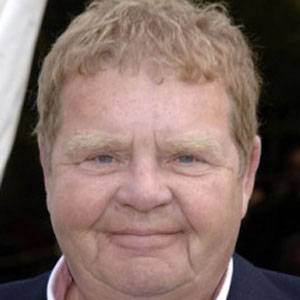 English actor best known and loved for his role as Eddie Yeats in the British soap opera Coronation Street.

He grew up in Liverpool and started acting in Stroke-on-Trent at the Victoria Theatre.

He was appointed Deputy Lord Lieutenant in 2010 after moving to Isle of Wight.

He was married to Susan Hughes at the time of his death in 2012.

He starred alongside Rachel Roberts in his first musical Maggie May.

Geoffrey Hughes Is A Member Of