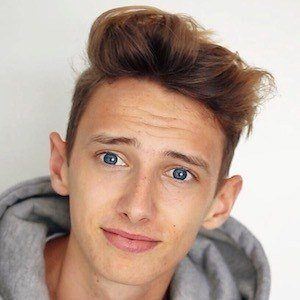 British YouTuber whose channel is known to fans for its pranks, vlogs, unboxings and gossip about other YouTubers. His channel has attracted more than 800,000 subscribers to date.

His video in which he recreated the home of Zoella and PointlessBlog in Minecraft became his first video to earn 100,000 views.

His younger sister once did his makeup in a YouTube video.

In one of his most popular videos, he pranks his crush using the lyrics to the Shawn Mendes song "Mercy."

George Mason Is A Member Of