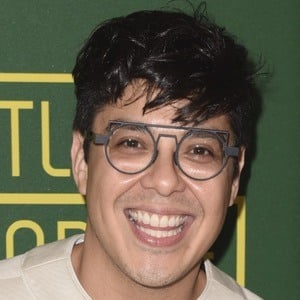 Actor and singer notable for his performances both on and off-Broadway, including his part singing "Light of the World" in the Broadway production of Godspell. He also starred in the musical Be More Chill.

During his first high school years, he was focused on pursuing a career as a doctor before shifting to theater in the latter 2 years of high school. He would then attend the University of Florida, majoring in musical theatre.

His stage debut was in the second national tour of Spring Awakening. Off-Broadway, he has performed in plays titled Here Lies Love, Tick, Tick... Boom! and The Lightning Thief.

His mother Jonah is Filipino and his father George is from Ecuador.

He was cast in Stephen Schwartz's Broadway show Godspell.

George Salazar Is A Member Of