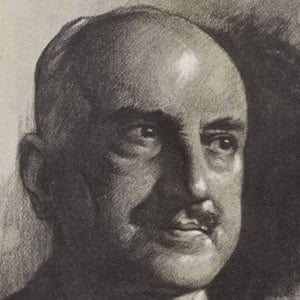 Essayist who said, "Those who cannot remember the past are condemned to repeat it." He wrote influential works on many subjects.

He began his philosophical writings with The Sense of Beauty that connected an understanding of beauty with ideas that are permanent and real.

He also coined the oft-repeated phrase, "Only the dead have seen the end of war," which was commonly and incorrectly attributed to Plato.

He was born in Madrid, Spain, with American parentage and considered himself to be an American.

His description of fanaticism was cited by animator Chuck Jones as the inspiration for his Wile E. Coyote and Road Runner shorts.

George Santayana Is A Member Of