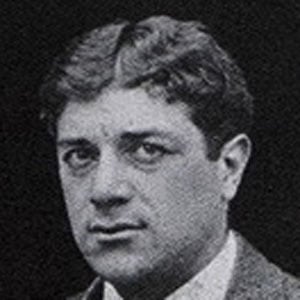 French painter and sculptor who developed an impressionist style, which came to be called Cubism. He painted Viaduct at L'Estaque and many still lifes late in life, including "Blue Guitar" from 1943.

He studied painting at the Ecole des Beaux-Arts from 1897 until 1899. He earned his certificate in 1902 after apprenticing with a decorator.

He studied the style of Cubism, which was popularized by Pablo Picasso.

He initially wanted to follow in the career path of his father and grandfather by becoming a house painter and decorator. He lived and died alone in Paris.

He was influenced by Henri Matisse.

Georges Braque Is A Member Of