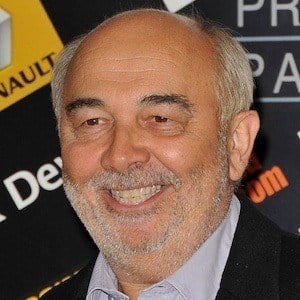 French actor and director who is best known for his appearance in the 2004 film The Chorus where he played the character of Clement Mathieu.

He made his debut appearance in the 1973 film The Year 01. He would then pursue writing and finished his first short film script in 1974 titled Bonne Presentation Exigee.

In addition to his acting, writing, and directing, he is also a credited producer who has worked on a number of feature films. He was also featured on the soundtrack of the 2008 film Paris 36.

He was born and raised in Paris, France. He is the father of comedian Arthur Jugnot.

He starred alongside Nora Arnezeder and Maxence Perrin in the 2008 film Paris 36.

Gerard Jugnot Is A Member Of