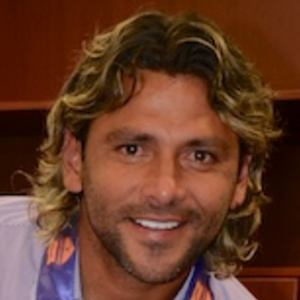 Retired Colombian soccer player who gained fame playing as a defender and defensive midfielder for teams like Deportivo Cali, Miionarios, Sante Fe, and many more.

He played his youth career with Envigado.

He regularly posts pictures with his daughter and his son.

He played in the 2004 Copa America against players like Luis Fabiano and Adriano Leite Ribeiro.

Gerardo Bedoya Is A Member Of