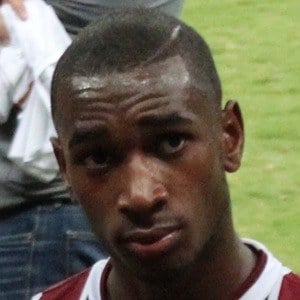 Attacking midfielder who debuted with Fluminense in 2014 and has gone on to play for such clubs as AS Roma and Fiorentina. He is commonly referred to in the media to simply as Gerson.

He grew up in Rio de Janeiro, Brazil.

He debuted with the Brazilian under-20 national team in 2015.

His father is Marcos Antônio Silva.

He was teammates with Edimilson Fernandes at Fiorentina.

Gerson Santos Is A Member Of