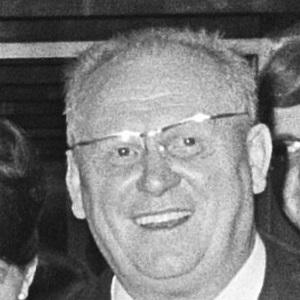 German actor who portrayed Auric Goldfinger in the James Bond film of the same name. He also played Peachum in The Threepenny Opera and Baron Bomburst in Chitty Chitty Bang Bang.

He started out as a violinist, but then decided to become an actor.

He and Shirley Eaton were both featured in the James Bond film Goldfinger.

Gert Frobe Is A Member Of