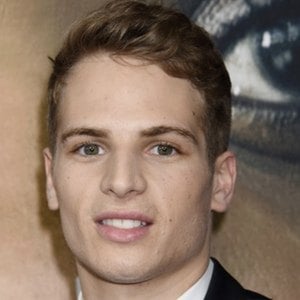 American actor who is best recognized for his performance as the character Chaz in the 2019 feature film Ma. He is also known for having starred in the recurring role of Brayden on the 2019 Starz television series Power. He reprised the role in the sequel TV series Power Book II: Ghost.

He started his acting career in 2016 when he made his debut in the feature film Arlo: The Burping Pig. He gained further attention when he made his television debut in a 2017 episode of the show Chance where he played Young Lambert.

He is also known for having been featured as an actor in the Kygo and Ellie Goulding music video for their song "First Time". His acting fame has led him to accumulate over 600,000 followers on Instagram.

He was born and raised in Los Angeles, California and shared a photo with his mother to Instagram in May of 2017.

He is also known for having been featured as a guest on the podcast This Past Weekend featuring comedian Theo Von.

Gianni Paolo Is A Member Of