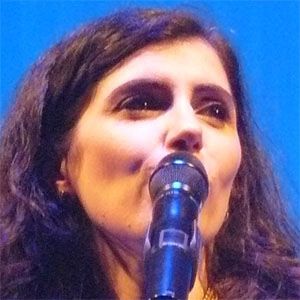 Award-winning singer known as one of the most popular female Italian artists of all time. She has recorded a dozen albums, including Giorgia and Oronero, which have cracked the Top Ten on the Italian Charts.

She got her start performing classic songs by artists like Ella Fitzgerald at jazz clubs in Rome.

She has won numerous awards over the course of her prestigious career, including Best Italian Act at the MTV Europe Music Awards.

Giorgia Is A Member Of