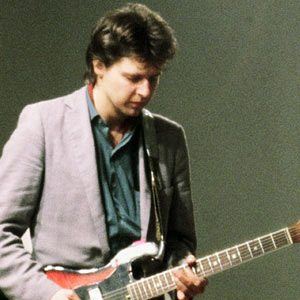 Avant-garde composer and guitarist who released the album "Symphony No. 7" in 2011. He was awarded an unrestricted grant from the Foundation for Contemporary Arts in 2008. He was known for his unique approach to volume, alternative guitar tunings, repetition, droning, and the harmonic series.

He was fascinated by sound as a child and made several tape sound-art collage pieces while he was young. He studied theater at Boston's Emerson College during the early 1970s. His first album was "Lesson No. 1" and was released in 1980.

He often performed guitar duets with his wife Reg Bloor.

He formed experimental bands during the 1970s and 1980s with Thurston Moore of Sonic Youth.

Glenn Branca Is A Member Of