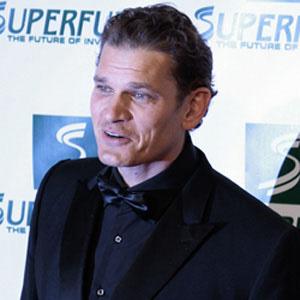 He gained fame for his portrayal of Elliot Carver's assistant, Mr. Stamper, in the 1997 James Bond film, Tomorrow Never Dies. He also played Withers in the 2012 film, Cloud Atlas.

He made his debut in the 1992 film, Kleine Haie, in which he played a dead body.

He starred in the 2012 film, Iron Sky, as Moon Nazi officer Adler, who becomes the Führer of a Moon Nazi colony.

He was born in Dietzenbach and raised by his parents, who owned a bakery.

He played an SS guard in the 1993 film, Schindler's List, which was directed by Steven Spielberg.

Gotz Otto Is A Member Of