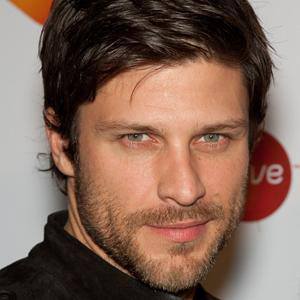 Actor most recognized for his roles in soap operas like The Young and the Restless and General Hospital.

He started modeling while in high school, and quickly booked representation that sent him to Milan, where he worked for Armani for two months before pursuing acting.

After winning a nation-wide competition in 2006, he replaced Fabio as the new spokesperson of I Can't Believe It's Not Butter.

He was married to Touriya Haoud from 2006 to 2014. He got engaged to Angie Harmon in 2019. The couple has three children: Jathan, Cavan, and Landan.

He was cast as a regular on the second season of Charmed, which starred Shannen Doherty as Prue.

Greg Vaughan Is A Member Of