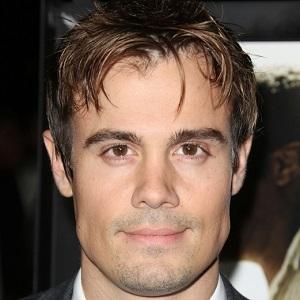 Although he is also known for his roles as Clark Watson and Kevin Archer on, respectively, As the World Turns and Dante's Cove, Michael is perhaps most famous for playing Grant Ellis in twenty episodes of ABC Family's Greek.

During his childhood and teenage years, he performed in numerous productions at Philadelphia's Walnut Street Theatre. He later studied drama at Penn State University.

As a young man, he worked as an entertainer at Walt Disney World in Florida.

He and his sister, Christina, grew up in Philadelphia, Pennsylvania, as the children of Rosaria and Gregory Michael.

He appeared in two episodes of the Jerry Bruckheimer-produced legal drama Just Legal.

Gregory Michael Is A Member Of