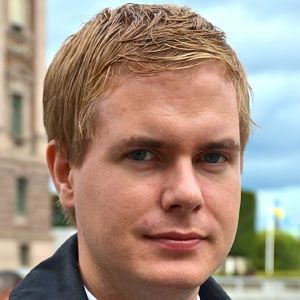 Politician who served as a member of Swedish Parliament from 2002 to 2006 before being reelected in 2010. In 2014, he was named Minister of Education.

He served as a spokesperson for the Young Greens of Sweden in 1999.

He was nineteen when he was first elected to Swedish Parliament, making him the youngest Member ever elected as the time.

He married a woman named Jennie, with whom he has a child.

He and Mona Sahlin have both served in Swedish Parliament.

Gustav Fridolin Is A Member Of