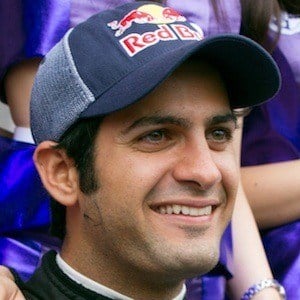 Sports car endurance racer who set a number of milestones early in his career, becoming the youngest driver ever to compete in and win a Spanish Formula Three race. He has since notched victories in the Indy Lights and Palmares International GT Open series.

He got his start in kart racing, winning the American Stars of Karting competition in 2005. He made the unexpected jump to Spanish Formula Three the following year.

He has served as a Goodwill Ambassador to Colombia.

His father's name is Gustavo.

He has competed for Wayne Taylor Racing in the Indy Lights series.

Gustavo Yacamán Is A Member Of