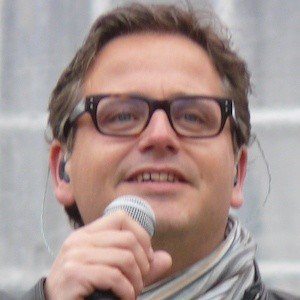 Dutch pop singer who has been a member of the band Vagant. He has also released solo albums such as Armen open and Het kan hier zo mooi zijn.

One of his earliest releases with Vagant was the 1996 album Verbazing.

He was born at a monastery in Mariahout where his parents were living at the time.

He has been a singer from the Netherlands, much like Anouk Teeuwe.

Guus Meeuwis Is A Member Of