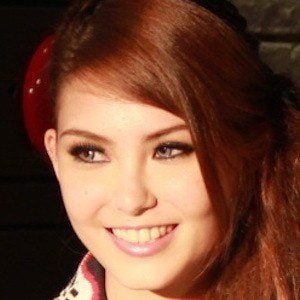 Actress and model who is best known for her work throughout the Taiwanese film and TV industries. She has also appeared as a model and background actress in various Chinese music videos, including 2015's "Modern Maidens" by Jack Kim.

She graduated from Juang Jing Vocational High School. She subsequently took a short 8-week course in film production and acting at the New York Film Academy.

In 2012, she made her acting debut on the Taiwanese TV series Ti Amo Chocolate as Peng Kaili. In 2014, she appeared on the TV series Ming Ruo Xiao Xi, which was based off of the novel of the same title, as Lucy.

She was born and raised in Taipei, Taiwan. Her father is of Australian descent, while her mother is of Taiwanese and Korean descent. In January 2015, she married Taiwanese singer Jay Chou. In July of that same year, she gave birth to a daughter.

She appeared alongside Vanness Wu in the series Ti Amo Chocolate.

Hannah Quinlivan Is A Member Of