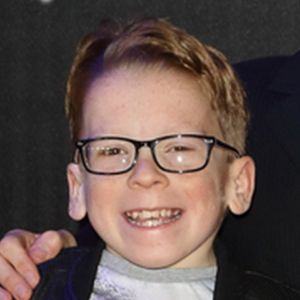 Son of Warwick and Samantha Davis who portrayed a magic goblin in Harry Potter and the Deathly Hallows - Part 2, a film in which his father would appear.

He was born with spondyloepiphyseal dysplasia congenita.

He had a minor role in a mini-series called Dwarves Assemble. He created a gaming YouTube channel called HarrisonXGamer Davis.

He is the younger brother of Annabelle Davis.

He posted a video of meeting Daniel Middleton on his YouTube channel.

Harrison Davis Is A Member Of