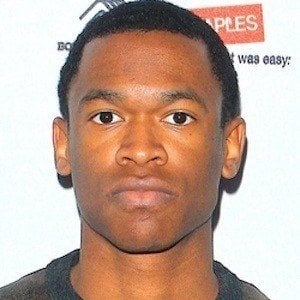 Actor best known for his role as Byron in the TV film The Watsons Go to Birmingham. He is also recognized for his work as Noah Wildman on the TV series The Inspectors.

He began performing at an early age in local church productions. He moved with his family to Atlanta in 2002 to further hone his acting skill.

His first ever role came in 2005 on the Disney TV series The Suite Life of Zack and Cody. In 2012, he appeared in the film We the Party alongside Mario Van Peebles.

He was born and raised in Orangeburg, South Carolina.

In 2010, he appeared as a co-star on the TV drama Dark Blue alongside Dylan McDermott.

Harrison Knight Is A Member Of