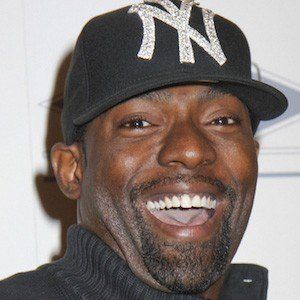 Known widely for his portrayal of Roland "Wee-Bey" Brice on the HBO drama series The Wire. He appeared in 19 episodes over 5 seasons of the show. He has also appeared in other TV series such as Entourage, Law and Order: SVU, and Numb3rs.

He made his feature film debut in the 1995 Spike Lee film Clockers.

Between 2005 and 2007, he played the recurring role of Darnell Thibeaux on the prolific TV drama ER. In 2012, he appeared in 6 episodes of the TV series Dead Man Trigger as Agent Patel.

He was born and raised in the Staten Island borough of New York City.

He appeared alongside Michael Kenneth Williams during his time on The Wire.

Hassan Johnson Is A Member Of