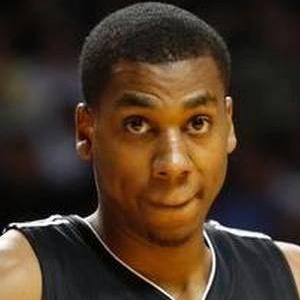 NBA and international journeyman who burst onto the NBA scene when Miami Heat President Pat Riley and head coach Erik Spoelstra gave him a chance to be the starting center for the Heat.

He played his college ball at Marshall University, where he was a Conference USA Freshman of the year and Second-team All-Conference USA. He was drafted 33rd overall by the Sacramento Kings and would do a couple of D-League stints as well as play overseas in China and Lebanon.

He was an NBA D-League champion with the Sioux Falls Skyforce. He put up his first career triple-double against the Chicago Bulls in 2015, recording a line of 14 points, 13 rebounds, and a franchise record 12 blocks.

His parents are Hasson Arbubakrr and Debbie Whiteside. His father played professional football for the Vikings and Buccaneers from 1983 to 1984.

His break out in 2015 inspired the term Hassanity, similar to when Jeremy Lin was known as Linsanity.

Hassan Whiteside Is A Member Of