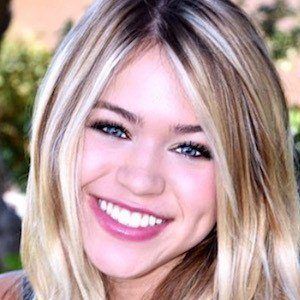 American actress who is best known for her roles on television shows like Documentary Now! and True Blood. In 2015, she lent her vocal talents to the horror film The Tragedy.

One of her first credited acting roles came in a 2012 episode of Workaholics.

She played the lead role in Jack Griffo's music video for "Slingshot" from the Nickelodeon movie Jinxed.

She has a brother named Jake and a sister named Brittany.

She plays the teenage version of Brit Morgan's character on the HBO series True Blood.

Heather Hopkins Is A Member Of