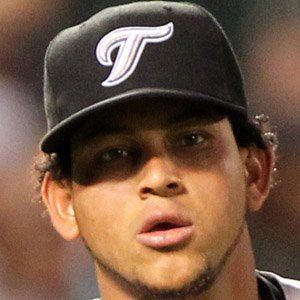 Venezuelan MLB pitcher best known for his time with the Toronto Blue Jays and Miami Marlins. He threw his first career no-hitter on the last day of the 2013 season with the Marlins.

He pitched in leagues like the Gulf Coast League and the Midwest League before being called up to the Toronto Blue Jays in 2011.

In August 2011 he became the youngest Blue Jays pitcher to record a win since 1997.

Henderson Álvarez Is A Member Of