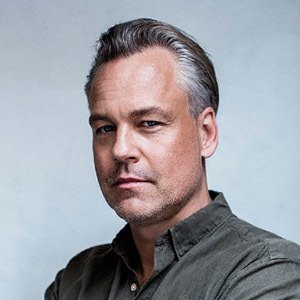 Swedish comedian and TV personality who is known for creating the shows NileCity 105.6, Percy Tårar and Fyra Små Filmer, and the movie Four Shades of Brown. In 1993 he started the radio show Hassan. Although it was canceled in 1994, it has since developed a cult following.

He first garnered national attention in the 1980s when he was a VJ for MTV Europe.

In 1993 he formed the band Whale. They released two albums and toured with Blur through the US before disbanding in 1998.

Sofia Helin was amongst his costars in Four Shades of Brown.

Henrik Schyffert Is A Member Of