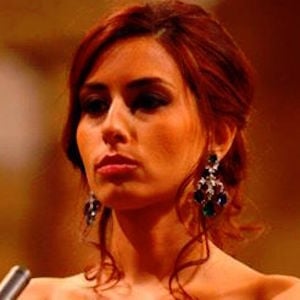 Famous for her participation in the fourth season of the French version of the reality talent competition The Voice, this Lebanese-born vocalist is notable for her work in the Arabic pop, jazz, opera, and funk genres.

Before rising to fame on The Voice: la plus belle voix, she studied voice at the Ecole des Arts Ghassan Yammine and subsequently earned a bachelor's degree in cinematography from Saint Joseph University of Beirut.

She was born and raised in Beirut, Lebanon.

For her blind The Voice audition, she impressed judges Zazie, Mika, Jenifer, and Florent Pagny with her rendition of Michel Legrand's "Les Moulins de mon coeur."

Hiba Tawaji Is A Member Of