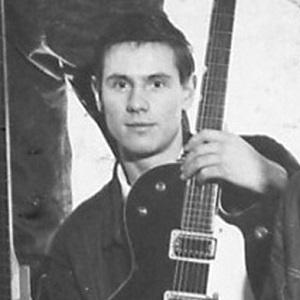 English guitarist who gained fame as an original member of the influential 60's rock band The Animals. He is perhaps best known for his iconic guitar intro on the band's 1964 breakout hit, "The House of the Rising Sun."

He was a member of the skiffle band The Heppers as a teenager.

He was inducted into the Rock and Roll Hall of Fame in 1994 and Hollywood's Rock Walk of Fame in 2001.

He married a woman named Germaine.

He and keyboardist Alan Price were both founding members of The Animals.

Hilton Valentine Is A Member Of