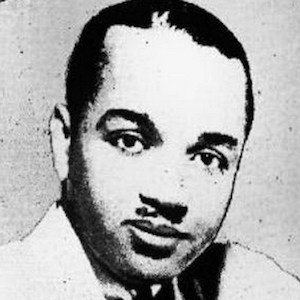 Jazz artist who became an acclaimed arranger for many of the greats of his day, including Tommy Dorsey, Benny Goodman, and Earl Hines.

He founded the Collegians with Benny Carter and Rex Stewart while at Wilberforce College. He later changed the name to the Horace Henderson Orchestra, then the Dixie Stompers.

He was involved in the arrangement and composition of In the Mood, Christopher Columbus, and Big John Special, all of which became jazz standards.

He was pianist and musical director for Billie Holiday and Lena Horne.

Horace Henderson Is A Member Of