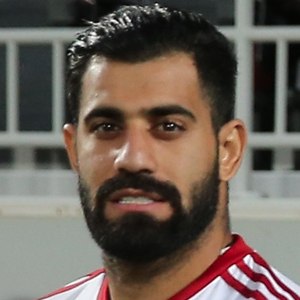 Iranian soccer defender who left Saipa in 2018 to become a member of Machine Sazi Tabriz F.C. He made his debut with the senior Iranian national team in a friendly match against Uzbekistan in 2015.

He began his youth career with Persepolis F.C. Academy in 2009.

He was born in Mahshahr, Iran.

Ali Daei and Nasser Hejazi are other well-known soccer players with Iranian ancestry.

Hossein Kanaanizadegan Is A Member Of