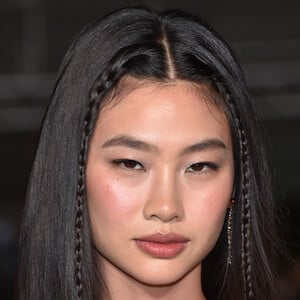 Model and actress who found acclaim walking the runway in dyed red hair at the Mercer Hotel in October 2016. She made it to the cover of Vogue Japan in July 2017. In 2021, she began starring as Kang Sae-byeok on the Netflix series Squid Game.

She was on season 4 of Korea's Next Top Model.

She has walked for Fendi, Louis Vuitton, and Alexander Wang. She has over 13 million followers on her hoooooyeony Instagram account. She saw her Instagram following grow from 400,000 to over 19 million in just three weeks due to the popularity of Squid Game.

She has an aunt named Han-ah.

She made her acting debut on Squid Game with Lee Jung-jae.

HoYeon Jung Is A Member Of