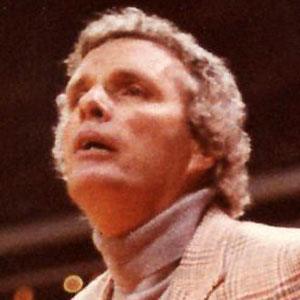 Basketball Hall of Fame head coach who became an NBA analyst for ESPN after retirement.

He played basketball in the army before joining the predecessors of the NBA.

He was awarded NBA Coach of the Year twice over 26 years of coaching.

He grew up around Hazleton, Pennsylvania.

He was an assistant coach for the Milwaukee Bucks when they played against Don Nelson and the Boston Celtics.

Hubie Brown Is A Member Of