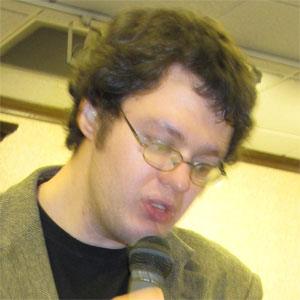 Soviet-born poet, translator, academic, and literary critic known for Dancing in Odessa and other works. He was a recipient of both the Lannan Literary Fellowship and the Whiting Writers' Award.

He received a B.A. from Georgetown University and a J.D. from the University of California's Hastings College of Law.

He married Katie Farris, an American author and academic.

He and Dana Gioia both lived in California at various points during their literary careers.

Ilya Kaminsky Is A Member Of